In December, Illinois EPA Director John Kim announced the completion of a forced used tire removal action in Chicago Heights, an Environmental Justice area in Cook County. Illinois EPA has authority under the Illinois Environmental Protection Act to carry out forced removals when an accumulation of used or waste tires poses a threat to public health or the environment. 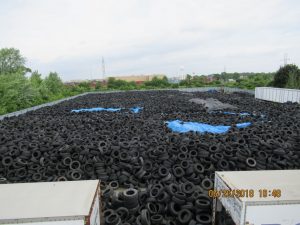