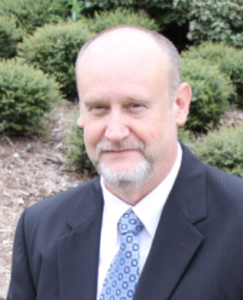 2 Minutes with Scott Thompson, Executive Director of the Oklahoma Department of Environmental Quality

How long have you been the Executive Director? What’s your best experience thus far?

I am in the middle of my fourth legislative season as the Executive Director. That is how I count time now. My best experience so far has been to return the agency culture to one of public service. Staff members have thanked me for making the agency a better place to work.

How has being a member of ECOS benefitted you?

I think it’s great to be a member of ECOS. The best part is working collaboratively with other states and being able to find common ground. Also, the atmosphere is still very respectful where we have differences of opinion.

What is your role in ECOS and areas of focus?

My role in ECOS is to do whatever Alex [Dunn] and the staff tell me to do. I am on the Waste Committee and the E-Enterprise Leadership Council and am the Region VI representative to the Executive Committee. My focus right now is trying to help support changes to the state and federal relationship that have broad support among ECOS states.

What’s your favorite moment of your career thus far?

The favorite moment of my career is hard to pick. I would say I enjoyed investigating sites in the Superfund program. Learning the history and putting together sampling plans to figure out what the issues were was fun for me. The most rewarding points in my career were when we achieved dramatic reductions in kids’ blood lead levels as we cleaned up contaminated yards.

What is the best management advice you’ve received?

I had a retired Air Force Colonel who taught my high school aviation class and have always remembered him saying “A good leader does not lead by telling people what to do, but by getting them to want to.” I have heard it from other sources since then, but he was the first person to say it to me. It really made an impression.

Is there a mentor that made a difference in your life?

My two granddads were some of my favorite people. The experiences I had with them were very influential. They were both hard-working, intelligent, and humble “salt of the earth” folks. They were like other people in that era; they understood how things worked and how to fix them, or how to make a part from scratch. One of my grandfathers was a machinist who made airplanes. I used to get to go visit him at work sometimes and get on the planes. These days my staff are working on a groundwater plume associated with that location. One of my uncles was an operator at a nearby public water supply that is potentially impacted. I understand that both sides were just guys doing their jobs and that we just need to take care of the situation.

Tell us about your morning ritual.

My morning ritual consists of making coffee, sometimes with a hand grinder and French press. I add coconut cream, cinnamon, and just a dash of maple syrup or honey. That is usually my breakfast and sometimes lunch too. Everything but the coffee is blurry in the morning.

What was your childhood dream job?

My childhood dream job escapes me because I didn’t drink coffee back then so those memories are blurry too. For a while, I wanted to be an astronomer.

What was your first real job?

My first real job was working at a local ice cream shop and grill.

Guilty pleasure: What can you not live without?

“What can I not live without?” It is a tie between eating spicy Mexican food and sleep.

If Hollywood made a movie of your life, who would you like to see play the lead role as you?

Well. my first choice for an actor to play me in a movie would have been Robin Williams. A little old lady at a restaurant once thought I was him. Back then I had hair.