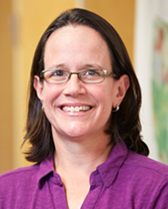 How long have you been Secretary of the Vermont Agency of Natural Resources? What’s your best experience thus far?

I was appointed by Governor Phil Scott in January 2017. My best experience thus far been the opportunity to learn from the amazing scientists and practitioners who work on the incredible diversity of issues ANR is tasked with – everything from cumulative contaminant risk to groundwater as a public trust to forest fragmentation and even endangered mussels!

How has being a member of ECOS benefited you?

ECOS provides the opportunity to meet my counterparts in other states. Still feeling quite new to the job, there is so much value in having a network of peers who are very generous with their time and sharing their experience.

What is the best management advice you’ve received?

“Play it straight.” Ultimately, people – whether staff, advocates, or the public – appreciate direct, concise, honest answers, including saying “I don’t know” when you don’t know.

Tell us about your morning ritual.

Most mornings, I get up about 6 a.m. and take our three dogs for a walk in the woods beyond our house, before I dive into the busyness of helping get my two middle school-aged kids ready for school, out the door, and onto the bus!

What was your childhood dream job?

It is a bit of family folklore that when I was in second grade, I came home from school and announced to my parents that, “We took a test and it said I should be an engineer, but I already knew that.” And I spent the first 20 years of my career working as an environmental engineer.

What’s your favorite moment of your career so far?

In January 2002, I oversaw the delivery a Report to Congress which identified progress made in implementing and enforcing combined sewer overflow (CSO) controls prior to, and because of, U.S. EPA’s 1994 CSO control policy. This report was the culmination of nearly a full year of work by a team of EPA staff, state agency representatives, and contractors, and included the first comprehensive assessment of the number and location of CSOs nationwide. Both before and after, most of my work has been comprised of smaller – both in scope and duration – projects; working on this report allowed me to throw myself headlong into a single project. I remain incredibly proud of the quality report my team was able to produce.

What leader do you most admire?

Michelle Obama. She is brilliant and still seems accessible, and I both appreciate and admire the grace with which she executed her role as First Lady.

What was your first real job?

The summer after my junior year in college, I worked as a technician in a soils testing lab and occasionally got to fill in as the “rod man” on a survey crew doing work for the railroad in the New Jersey Meadowlands. For a number of summers prior to that, I worked as a camp counselor – but that was entirely too much fun to count as a “real job”.

What can you not live without?

Coffee. Definitely at this point in my life, coffee.

If Hollywood made a movie of your life, who would you like to see play the lead role as you?

Gal Gadot. I hope in playing me, she could make me look a fraction as tough as she did in Wonder Woman.